There was a hugely popular single-panel comic in the late 1980s called The Far Side. It was found in most major newspapers. One of my favorites, titled Dogs on Their Way to Work, depicted a bus on a busy city street with the sun rising in the background. The bus was entirely filled with dogs, sitting in the seats clutching their briefcases. All the windows of the bus were open and, well – you guess-ed it – they all had their heads hanging out of the windows.

An iconic image, that for many years has symbolized the relationship between humans and dogs, is the St. Bernard of the Alps with a small keg of brandy around its neck – imagined by the public as a rescuer of the victims of avalanches.

“Never mind the fact that alcohol is the very last thing you would give to a victim of hypothermia as it causes the dilation of blood vessels, resulting in greater heat loss.”

Nevertheless, this idealized notion was adopted from a painting by a 17-year-old imaginative artist in 1820 titled Alpine Mastiffs Reanimating a Distressed Traveler. This symbolic image of dog rescuing man is one that persists to this day and, as we shall see, for good reason.

Dogs have a history of searching for avalanche and earthquake victims that goes back well over a hundred years. Search and rescue dogs today are used in many different types of emergencies. We likely remember the image of highly trained dogs working in the smoldering and twisted wreckage of the World Trade Center on 9/11, searching for survivors and victims of the carnage.

Mark Reed, a career officer with the Ohio Department of Natural Resources, now retired, had an idea while working the tragic Shadyside Flood on the Ohio River in 1990 in which 26 lives were lost in a flash flood. He and his fellow Watercraft Officers were working jointly with West Virginia law enforcement groups to locate victims of the flood that had washed into the Ohio River.

He was impressed by the success and professionalism of the West Virginia K9 Search and Rescue group who showed up from Charleston to assist in the search for victims. Mark, already a skilled dog trainer, decided to join with a group of likeminded folks in Ohio to develop a canine search and rescue group with the sole purpose of assisting law enforcement agencies in search and recovery work.

With his own German Shepherd, Raven, they worked and trained with the rest of the group on a regular basis. Standards were set and the group became certified for searches involving a range of scenarios from lost persons, drownings, and Alzheimer patients who had wandered off, to searching through the charred ruins of structure fires for human remains.

These skilled dogs, consisting of Dobermans, Labs, Shepherds, and even a poodle, were not only adept at finding their targets in terrestrial searches, but are able to locate drowning victims from a boat.

It was fascinating to hear Mark describe how his dog Raven would signal from the bow of the boat when in the vicinity of a drowning victim, and would move down the gunwales if the boat drifted away from the target. In many cases, the accuracy of the canine olfactory senses will put the recovery divers directly over the body.

Mark stressed that the most important requirement of a dog for success in search and rescue work, other than responding to basic commands, is to be “play-oriented” as opposed to “food-focused.”

Much of the training involves the dog searching for its owner in a variety of situations and terrain, which for a dog is akin to play.

Different types of search and rescue scenarios require different skill sets on the part of the dogs. With very few exceptions, dogs, due to their exceptional sense of smell and hearing, are superior to humans for this task. And in situations involving bombs, military and police work, dogs are putting their lives on the line for us!

You do not need to leave Pocahontas County to see working dogs. Anyone driving on Rt. 219 across Droop Mountain has likely caught a glimpse of the Walton Primitive Farm. You probably have noticed the scores of sheep – Hampshire Suffolk Crosses – that occupy one of several fenced-in pastures. Then your eyes are drawn to the big white dogs hanging out with the sheep.
These beautiful dogs, all Great Pyrenees, have one job and one job only, protecting the sheep from predators like coyotes. They do their job well, we’re talking a perfect 100 percent efficacy.

Since Kirk and Renee Walton brought their first Great Pyrenees on board 13 years ago, they have not lost one member of their flock to any predator. “In fact,” Kirk said, “we haven’t lost even a single chicken.”

Most canine occupations require lengthy training and constant reinforcement, but not the Great Pyrenees. According to Kirk, “Protecting the flock seems to be instinctive in the breed. Unlike herding dogs, they need little training.”

The names given to the Walton’s dogs befit the courage and strength of the breed. The two older dogs are named Athena and Venus; the young fellow is Apollo. The older dogs keep the youngster in line and teach him the proper way to do his job.

Great Pyrenees are cold-weather dogs like Siberian Huskies, Alaskan Malamutes, Eskimo Dogs and Newfoundlands. It is not unusual to see them performing their jobs on the coldest of winter days and nights.

Such dogs have a double coat, meaning that they have a dense undercoat of shorter and coarser hair. The longer hairs on the top are called guard hairs, these protect the coat from icing up.

In terms of protection from the cold, it would be comparable to a human wearing a thick insulated top-to-bottom suit – like Ralphie’s little brother Randy, in the movie A Christmas Story.

Author’s Note: If you are one of the seven people in the U.S. who has not seen this hilarious Christmas classic, you can consider yourself deprived of a delightful cinematic experience.

Kirk and Renee have another dog that is not in the sheep-protection business. Nikki, a Lhasa Apso Poodle, greeted me at the door and then resumed her job as the Walton family pet, lying in front of the wood burner and dozing.

Dogs like Raven and Athena, Venus, and Apollo are examples of the many valuable services provided by dogs.

We ask a lot of dogs, and we may wonder if they enjoy their jobs.

Someday there may be an App for our smartphones that will interpret the many verbal and physical cues that dogs use to communicate. But for now, there are many interesting studies that do show that dogs have access to a range of emotions very similar to our own.

At the risk of being accused of the much-maligned act of anthropomorphism, dogs do seem to enjoy a given task. They even exhibit what appears to be joy. This is counter to earlier scientific research on dogs that characterized them as nothing more than automatons.

Researchers are hesitant to use the word “love” when  discussing non-human species, but they will say that dogs are shown to “meet all of the relevant criteria” of affection.

Contemporary research paints a new picture of the cognitive ability of dogs, comparing them to three-to-five-year-old humans. The brains of dogs are quite similar to those of humans in structure and neural systems.

It is now understood that dogs have a range of emotions similar to humans. So it is not a big leap of faith to say that they feel joy, anger, depression and even happiness.

Many times, from the loft window, I have watched my dog, Bongo, chasing a squirrel across the yard and treeing it. His gait as he heads back to the house can be described no other way than a jaunty one. The very same self-satisfied walk that one would exhibit after shooting a basket from half-court.

So, yes, dogs probably do enjoy their jobs and they may even feel a little pride in a job well done.

A huge thanks to Mark Reed, Kirk and Renee Walton, Raven, Apollo, Venus, Athena, and an entire flock of sheep. 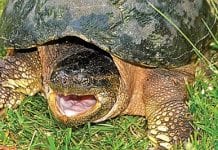 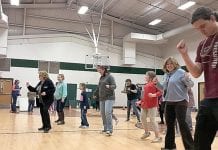