Some students at Green Bank Elementary-Middle School are learning a new form of communication in the elective Ham Radio Club. Members of the Eight Rivers Amateur Club and employees at the Green Bank Observatory have volunteered to help science teacher Stacy Landis teach the students the ins and outs of ham radio etiquette and the many ways they can use radios to communicate.

“We want them to become ham radio operators and get their own license, be able to use it and understand the purpose of it in society,” Landis said.

Eight Rivers member Rudy Marrujo was one of the guiding forces behind forming the club. He said he hopes to spark an interest in the students.

“This allows them to learn and, hopefully, if we can get two or three of these young kids [excited], they’ll become engineers, and they’ll bring it back to the community,” Marrujo said. “We want to get them interested in communication. One of the others things that we’re going to be talking about is etiquette. How do you talk on the radio? So the kids are going to be learning a lot.”

The misconception about ham radios is that they are mainly used for communication between two individuals. But, there’s much more to it. Not only are the students learning to communicate with each other, they are also going to learn how far their signal can reach.

It begins with the radios and homemade antennas and calibrating them for short distance communication. Last month, the students were using their antennas, radios and attenuators for a fun game of “fox hunt.” A “fox,” signal emitter was hidden on the playground and the students used their radios to find it.

“They’re using the radios and their antennas that they made to pick up the fox hunt signal that’s hidden,” Landis explained. “They’ve been given boundaries, so when they hear Morse code coming in regular, they’re close. It just keeps going in and out, and that helps them locate it.”

The antennas are made from recycled tape measures, PVC pipe and wires – all easy to find materials.

“We showed them that you don’t need to spend a lot of money,” Marrujo said. “This is stuff you can find in your garage.”

The next step is for the club is to set its sights on the sky.

“Our next project is a hot air balloon,” Marrujo said. “What we’re doing with that is – one section has a transmitter so we can track it and the other section will have a GoPro so we can take photographs. Then, we’ll probably have something else on the third side.”

With this experiment, the students will learn how to track the balloon with a map, using longitude and latitude. They will also see how the signal changes as it moves.

After the balloon experiment, the students will explore even further. The club has applied for a grant to contact the International Space Station.

“The ultimate goal is for us to make contact with the International Space Station,” Landis said.

“We’ve already put in our grant and, hopefully in a couple months, we’ll find out if we’ve been selected,” Marrujo added. “There are schools all over the world that apply for this.”

While they wait to hear about the ISS project, the club will continue working with the antennas they have – purchased with grants from the Green Bank Observatory, Snowshoe Foundation and the Durbin Lions Club.

“We’re going to show them how to make different types of antennas later on in the spring,” Marrujo said. “We’ve already had two high frequency radios donated, so with those, they can talk around the world, but they’ve got to get licensed.”

The students are preparing to take a test in order to get their ham radio licenses, and once they pass, they will be able to reach out to more locations and make new friends in other parts of the world.

“One of the other things that I’m looking at, long-term, probably next year, is maybe bounce a signal off the moon,” Marrujo said. “So, we’re using that as a reflector to talk to someone on the other side of the Earth. We can also bounce off of satellites. The third thing that I think would be a lot of fun is that there are a lot of military transport planes. A ham operator can get connected and talk to the pilot as they’re flying.

“A lot of pilots will say, ‘that’s what kept me from falling asleep by just chatting with someone,’” he added.

The future also holds teaching experiences for the kids themselves. Marrujo said the club hopes to host evening events for the community in which the students can show off what they’ve learned and pass on their knowledge to their parents and friends.

With the collaboration of the observatory and the amateur club, Landis said the students have gained not only more in their education, but also life experience.

“To have this opportunity at such a young age, that is just invaluable,” she said. “They’re excited. And, we’ve got all aspects of kids in here. This is total inclusion. It’s an elective, and we’re more relaxed and flexible, but we’re reaching all our learners.” 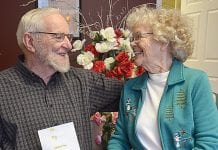 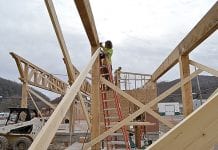 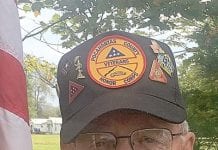 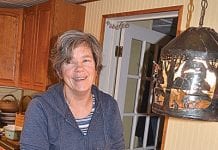 No need to knead no knead bread 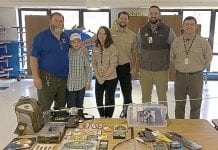 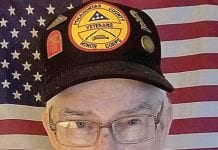